Issues that were previously the sole province of policy wonks became part of the national discussion: the Petraeus-Broadwell scandal (email privacy and ECPA reform), relaxed FAA restrictions resulting in the use of drones by law enforcement (limits on government surveillance, more ECPA reform) and the very successful role of big data and microtargeting in the 2012 elections (OBA compliance anyone?).

Here are the questions we think will continue to loom large for consumers, industry and policymakers in 2013:

1. Should law enforcement be required to get a warrant before accessing my emails and texts?

The Petraeus-Broadwell episode demonstrated how easily the government can gain access to electronic communications (texts, email) without an individual’s knowledge or permission. Shortly after the story broke, legislation requiring a warrant for access to an individual’s electronic communications advanced with bipartisan support in the House and Senate. The bill should have a good chance this year, but that all depends on whether privacy will have visibility and bipartisan support in the 113th Congress.] END_OF_DOCUMENT_TOKEN_TO_BE_REPLACED 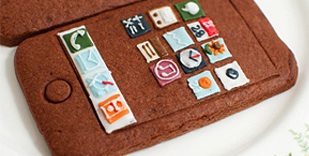 According to the UK ICO’s latest report into cookie compliance they have received only 550 complaints, compared with 53,000 about unwanted marketing communications. TRUSTe’s analysis of the impact of the directive revealed that the majority of users were choosing to accept advertising cookies.

So, after a year of intense discussion and compliance headaches for EU companies, what will be the lasting legacy of this legislation?

I recently asked David Smith, the Deputy Commissioner at the ICO that very question. He responded:

“One of the legacies [for the EU Cookie Directive] is actually for businesses to begin to think before they adopt new technologies, or other new developments, and make sure they’re privacy friendly.
Because actually if you turn the clock back to long before the Directive, leaving cookies on someone’s property without consent or even notice appears quite wrong. You’re putting some piece of text on my system, my device, which identifies me to you. And you’re doing it without even telling me, let alone getting my consent. That doesn’t feel right even though it had become common practice. So, the idea that you should have consent for cookies is actually correct. It’s just a challenge trying to sort of retrofit and rectify the status quo.” END_OF_DOCUMENT_TOKEN_TO_BE_REPLACED

Continuing our celebration of thought leaders and innovators in the data privacy industry, we are delighted to release our 2nd interview in our recently announced TRUSTe Privacy Pioneers and Mavericks Series. David Smith, Deputy Commissioner of the UK’s Information Commissioner’s Office (ICO) sat down with TRUSTe’s Saira Nayak to gain his perspectives on data protection – both as a UK regulator and a member of the Article 29 Working Party – and to discuss those important incentives that underlie effective privacy protection for both consumers and businesses in all jurisdictions.

When asked about the UK’s approach to compliance with the Cookie Directive, he explained that

“you might call it a ‘risk-based approach.’ The extent of action we as an enforcement authority would take depends on the risk to privacy. The more risk that there is detriment to an individual including not just financial endangerment, but also emotional upset or distress, the more seriously the need for action becomes.” END_OF_DOCUMENT_TOKEN_TO_BE_REPLACED

Last Thursday we published the most comprehensive analysis of current consumer attitudes to data privacy across key EU markets. The research included findings from an Ipsos MORI survey of over 4000 consumers in France, Germany, Great Britain and the Netherlands and an analysis of the tracking and compliance on the top 200 websites across these four countries.

The research has been widely picked up and reported by publications ranging from L’Echo and Express in Belgium, Winmag Pro and AdManager in the Netherlands to Brand Republic and Mobile Marketing Magazine in the UK. But behind the headlines what are the key insights from this study for companies doing business in the EU?

We found that the majority of EU consumers are highly knowledgeable about online tracking and are aware of the pay-off between online targeting from advertisers and receiving free online services and content. However they have high levels of privacy concerns and across all four countries surveyed, an average of 83% thought that companies should get their permission before tracking them online. END_OF_DOCUMENT_TOKEN_TO_BE_REPLACED