Data is the new oil – it’s where riches are made and lost. But, while there are big data assets out there to be exploited, getting it wrong can be extremely costly – in terms of bad publicity, consumer reaction and regulatory action. It’s a complex area, drawing in legal teams, marketing teams, technologists, all trying to maximize data potential while minimizing the risk around it. 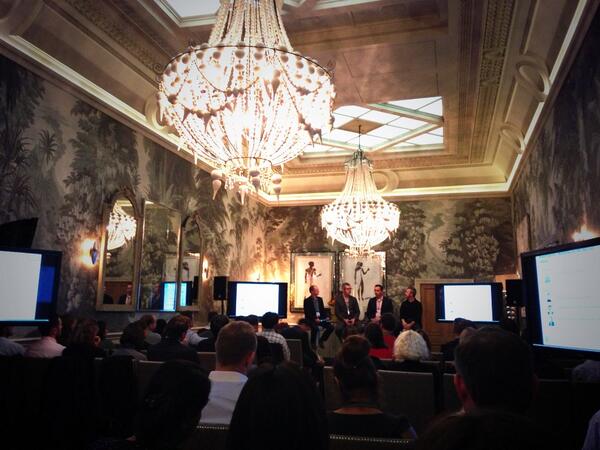 Key industry experts gathered at The Haymarket Hotel in London this week for TRUSTe’s first UK ‘Powering Trust’ Roadshow, to discuss the emerging privacy-tech ecosystem with advertisers, marketers, publishers and privacy professionals. Hear from the Roadshow speakers and panelists in our VIDEO and read on for an overview of some of the key discussions.

Enhancing Trust
Unsurprisingly, trust was a reoccurring theme. “Trust powers the data economy and there’s currently a window of opportunity for enhancing it”, said Anthony Mullen, Senior Analyst at Forrester Research. “Following the pre-2009 period in which ‘covert advertising’ flourished with no real public awareness around it, there is now maturing public awareness of privacy and transparency. While the Cookie Directive was handled well by the industry, in 2013-15 we’re going to see further legislation and the rise of privacy 2.0.”

Anthony Mullen argued that the key to the industry achieving greater automation and transparency is to use technology to really understand and serve the customer – and to do so in a responsive way that engenders trust and loyalty. The days of short-term ROI is on the wane. Instead, he felt what’s needed is longer term relationships with consumers.

Multi-Screens and Privacy Management
With most households having at least six devices in the home, cross-device and multi-screen is a live issue for marketers. Budget silos and a lack of fluidity is a problem for agencies – they are almost there when it comes to integrating mobile and tablet but, just around the corner, is connected TV. We need to reach a point where a consumer is not receiving seven different ads from the same company across seven different devices – campaigns need to be based on a consumer’s consumption, not on agency budgetary lines.

While agencies need educating, so do consumers, argued Kate Burns, Drawbridge‘s Vice-President EMEA: “Users perceive something sinister around cookies and we should take more responsibility for educating about what we do as marketers and technologists, including that relevant adverts are better than spam and that there is a trade-off between free content and advertising.”

Gareth Holmes, Pubmatic‘s Commercial Director EMEA, pointed out that internet use and content would cost everyone about £40 a month were it not for advertising.

Brand Protection
Is it always better to protect the brand than promote the brand? Jeff Greenfield, Co-Founder, COO, C3 Metrics, argued that, as a marketer, he wants to be aggressive with all the new cool stuff available and target consumers as far as possible. However, as an adviser he takes a more conservative approach.

Anthony Mullen pointed out that brands do not necessarily know about the different varieties of brand protection. They may use social media and register logos but might not look at things such as how well their ads are being served and in what context.

But brands were not let off the hook with various examples of bad privacy practice highlighted. Jeff Greenfield raised the issue of last click advertising – “we must be the only industry to reward the person in last place!” For James Sandoval, Managing Director EMEA of BrightTag, legacy tagging in some businesses means that streams of information can be flowing out of websites and rarely get properly cleared up. A real problem for consumer privacy, he warned. Anthony Mullen highlighted the problem of brands simply being too risk averse and cutting out too much rather than having sensible discussions with legal teams and devising a risk profile.

What is the Regulation Challenge?
“Policymakers and regulators have our sector in their sights,” warned Nick Stringer, Chair of the EDAA and Director of Regulatory Affairs at IAB UK. “They do not think we’re transparent and they do not necessarily understand what we’re about. We need to go out and educate people.”

According to Stringer, politicians are not making sensible rules about the internet, pointing to the “fudge” of the Cookie Directive and a set of data protection proposals currently going through Brussels that will broaden the scope of personal data.

The EDAA’s approach was to bring together trade bodies about three years ago to frame good practice principles. The initiative covers all 28 European markets and EEA markets and syncs with US and Canada initiatives. It’s consistent for businesses and users, with one icon across all markets, and enjoys a huge amount of political support.

The current stage is to educate consumers. There’s an ad campaign being rolled out and, while it’s just scratching the surface, there are signs that it’s beginning to make a difference. June/July saw traffic to the EDAA site go up by 30%… and opt-outs go down by 30%.

The Mobile Challenge
Mobile is growing – and it’s growing fast. It is now 14% of digital ad spend (UK), reaching about £6bn this year. Of that spend, 15% is on reach and 20% on display with paid-for search much higher on mobile than online. This year, for the first time the biggest advertising sector was consumer goods – a milestone that only happened in digital overall about a year ago.

According to Victor Milligan, Nexage‘s CMO, the need for a privacy model for mobile is acute. The mobile app ecosystem is unique to mobile and that economic model is premised on freemium, which is premised on ads. At the same time, the mobile device is incredibly personal to the consumer – it’s the world they live on – so privacy guidelines are crucial.

“Consumers are more worried about geo-location marketing than marketing in their home. Why?” he asked. “Because people think that the targeting we’re doing is much more rigorous and complete than what we’re actually doing. We need to explain what we’re doing. We tend to market to ourselves and, in a way, that’s misleading, for instance when we crow about “precise marketing”. We need to tell them what we do as well as what we don’t do.”